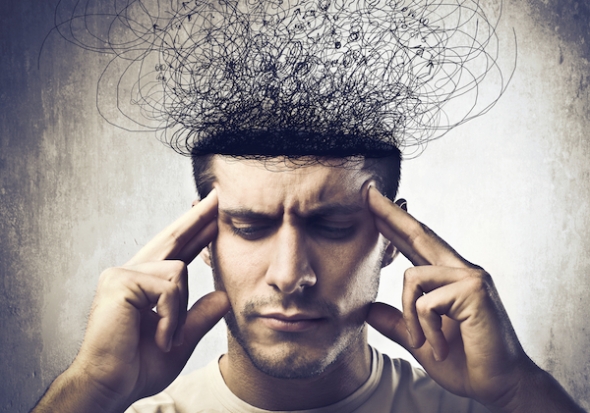 Getting things done efficiently isn’t just about working harder; it’s about working smarter. I asked some of my most productive friends what helps them supercharge their productivity. Here’s what they came up with:

Eric Papp, author of “Leadership by Choice,” says working on a specific task in 20-minute intervals is more productive because it encourages you to focus on what’s most important. “It gives you a greater degree of focus because you have limited time, and you’ll find yourself wanting to go back and do more as opposed to being burned out.”

It’s also important to take breaks throughout the day. “It’s easy to reach the saturation point, so step away from what you’re doing and take a few minutes to recharge your batteries.”

You’re not Superman and you never will be. Trying to do too many things at one time will drastically reduce your productivity.

A recent survey conducted by TNS Research shows when you multitask, your IQ drops by an average of 10 points. Sharí Alexander, co-founder of Expert Message Group, says, “Many of the tasks we try to juggle are merely distractions that are disguised as important. Define what your number one priority is and don’t divert your attention to anything else.”

Humans are biologically hardwired to be susceptible to distractions. We literally get a shot of dopamine every time we’re pulled in another direction.

Chuck Rylant, author of “How to be Rich,” says the first step in removing distractions is to create a clear distinction between work and play. “When you’re working you should remove any distractions that are slowing you down, which means sign out of Facebook, put the cell phone away, and lock the door if you have to.” Same goes off the clock. “When you’re playing, it’s equally important to eliminate anything related to work.”

Pick Up The Phone

Not to hate on technology or anything, but after a few back and forth texts or emails, it’s safe to say you should have just picked up the phone and called the person.

Shawn Graham, a top marketing and brand strategist says, “The biggest benefit of using the phone for a conversation in the business world is being able to get to know the person without having to rely on frowny face emoticons.”

It’s also far less time consuming. “Unless you’re an Olympic Gold Medalist on the keyboard, a brief email exchange will almost always take longer than a quick chat over the phone.”

Nobody likes being micro-managed by someone else, but micro-managing yourself is a highly effective way to boost productivity.

Doug Tetzner, recruitment expert and head of talent acquisition at Shopify, says the first step is to create a list of everything you need to do on a given day. “Break everything down into digestible chunks that can be done in under an hour, and add some rough instructions on how to get it done – the more specific the better.”

Don’t forget to give yourself some buffer time as well. “Typically if I have 5 hours free, I’ll only book 4 hours of work to allow for overruns, fire fighting, or the occasional YouTube video.”

Done is Better than Perfect

Perfectionism is simply overrated. Harley Finkelstein, lawyer and Chief Platform Officer at Shopify, says, “It’s more important to act quickly and often as opposed to waiting to get every detail perfect. Obsessing over perfection only slows you down.”

That’s not to say you should start producing mediocre work, as you should always aim to be perfect – just be sure your strive for perfection isn’t acting as an excuse to give up before you complete your task. “You need to distinguish what requires perfect results and what doesn’t – then prioritize accordingly.”